Home › Company › Board of Directors

Dr. Popovici is the founder and former CEO of 3DGeo Inc. The company grew from 2 employees in Palo Alto to an international corporation with offices in Houston, Santa Clara, Buenos Aires, Rio de Janeiro, and representation in Beijing and The Hague. In 2001, 3DGeo was recognized as one of the Top 100 Innovative Companies by InfoWorld. In 2007, 3DGeo won the Hart E&P Meritorious Award for Engineering Innovation, nicknamed the “Oscar” of geophysics. In 2008, 3DGeo won the IEEE Spectrum Technology Award. 3DGeo Inc was sold in 2008. See More →
Dr. Popovici holds a Ph.D. (1995) and a M.S. (1991) in geophysics from Stanford University, and an equivalent B.S. (1985) in geophysical and geological engineering from University of Bucharest. Dr. Popovici’s industry experience includes work in the seismic processing research department for Halliburton Geophysical Services in Dallas and Houston, and EM acquisition and processing contracts with the University of Bucharest. From 1987 to 1988, he was employed at Guzik Technical as a staff engineer for magnetic recording and software development and remained a consultant there until 1993. He has several patents in the field; over 70 publications in conference proceedings, books, trade journals, and research reports; and has invited to give numerous talks at conferences, geophysical associations, and geophysical workshops. He is the past Chairman and a founding board member of Geoscientists Without Borders, an SEG Foundation program that supports humanitarian applications of geophysics around the world.   ← See Less

Dr. Manoliu received his degree in law from Stanford Law School in 1982. At Stanford, he was elected to the Order of the Coif. Prior to becoming a lawyer, he was awarded a Ph.D. in solid state physics from the University of California, Berkeley, in 1979. Previously, Dr. Manoliu majored in physics at the University of Bucharest. He is a member of the American Bar Association and the American Physical Society.   ← See Less 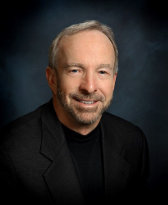 Dr. Beasley is the former Chief Geophysicist and Schlumberger fellow at WesternGeco. Dr. Beasley earned a bachelor’s degree from the University of Houston, a master’s degree from Emory University in Georgia, and a PhD from the University of North Texas, all in mathematics. He holds 19 US patents and has presented papers and published widely on a variety of seismic topics, ranging from prestack imaging, migration, data acquisition, and the connections between acquisition, processing, and imaging. He pioneered simultaneous source technology and has recently worked in broadband seismic techniques. See More →

Dr. Beasley has received technical and honorary awards from entities such as Litton Industries, Schlumberger, and the SEG, including the SEG Award for Best Presentation. He has twice received honorable mention for best paper in geophysics. He is an honorary member of SEG and the Geophysical Society of Houston. He served as the 2001–2002 SEG 1st vice president and as the 2004–2005 president of the SEG. He served as the fall 2009 SEG Distinguished Lecturer as well as the Esso Australia Distinguished Lecturer and now as 2014 EAGE Distinguished Lecturer. He was the founding chair of the SEG Foundation Committee for Geoscientists Without Borders. ← See Less